It has been exactly a year since our trip to Peru last January where I completed the Inca Trail to Machu Picchu for the second time, and participated in a sacred San Pedro ceremony. Both experiences were overwhelmingly magical.

Along the Inca Trail, I was brought back to the path where I first discovered my soul, to the place where my entire essence changed, and I was given new life. This time round my Angel was with me and we had an incredible guide, who having done a number of San Pedro and Ayahuasca ceremonies, was deeply in tuned with himself and his surroundings. Speaking of his experiences along the trail, experiences that allowed him to deeply connect with the Earth and spirit worlds, my Angel felt called to do San Pedro following our completion of the trail.

Ayahuasca is an Amazonian plant that is brewed very carefully to induce altered states of conscious for 4-8 hours. It is considered the ultimate plant medicine and is administered ceremoniously under the guidance and supervision of an experienced shaman. Following the grand “purge”, the experience ranges from being mildly stimulating to extremely visionary – everyone experiences it differently. Our guide described Ayahuasca as the plant that can transport you to other realms and universes’s, but can also take you the deepest darkest parts of your soul, allowing one to confront their deepest darkest fears so that one can ultimately experience the healing and ecstasy that comes from having confronted those said fears.

San Pedro is the Andean cactus when carefully dried and brewed also induces an altered state of consciousness for about 7-12 hours. Part of the Peyote family, Mescaline, the experience is milder and lighter, and following the “purge”, one experiences a deep spiritual connectedness to the Earth and all that exists within this realm. It is the plant medicine used to open ones heart. Both medicines have been used to help its participants heal from broad range of emotional and psychological disorders- particularly addiction, anxiety, and depression. Both plants are meant to be administered in the regions in which they were grown. Ayahuasca is to be done in the Amazon, and San Pedro is meant to be done in the Andes.

Coincidentally, we had found a small shaman shop that was offering a San Pedro Ceremony on our last day in Cusco. I wasn’t originally planning on going, but after spending an incredible day at Machu Picchu, I felt a strong pull indicating that the journey wasn’t over, and as San Pedro is legal in Peru, the opportunity to do this may not come up again anytime soon, so I accompanied my husband on a mutual vision quest.

We were taken to a secluded lodge up near the archaeological site of Saqsaywaman and the sacred Moon Temple. There were seven of us. We sat in a circle, introduced ourselves and what we hoped to accomplish from this ceremony. There was no small talk. We each cut through to the heart of who we were, to the deepest parts of our souls we were each trying to heal, or re open. The Shaman pointed to me and said that he could see in my aura that I had experienced a past life and other realms- that he too had experienced other lives and realms before he decided to follow the Shaman’s path.

There were many tears (especially from me), there were purges, there were wails, drums, singing, and laughter. A great release. And above all there was a connectedness. Far from the hustle and bustle of the city below us. The wind blew through the trees in waves like the ocean, birds glided high in the blue sky above us. A connectedness to my new brothers and sisters, and a deep connectedness to the Earth beneath our bare feet. Everything carried an energy. Everything was alive. Everything.

After a few hours we took a short walk to the heart of the condor, a sacred temple a few meters away from lodge. While the Shaman played sacred songs on his flute, we were asked to stand with our hearts pressed against the heart of the stone, and to make a wish for ourselves.

Saying a prayer for myself and for the Earth, the energy from the rock was intense and I became overwhelmed. I found a patch of flowers in the shade to breathe and collect myself. Looking at the flowers, I realized that I was surrounded by bees. I didn’t mind them, and they didn’t mind me. My vision zoomed in as I watched one wiggling its booty like a cat, in and out of flowers, hoping from one to the next, playing its delicate part in the circle of life that allows life to thrive. It was so pure, and peaceful – all I could feel was love.

Towards the end of the day as our trips were winding down, our Shaman led us back into Cusco. Amongst old friends and new, in what was a glorious walk downhill through the Andes, one of my brothers received a message for me earlier, which was to tell me that I am much stronger than I may believe and that I shouldn’t be taking the back seat in life anymore as I have a powerful journey to lead of my own. I am becoming my own hero.

The combination of San Pedro and the Inca Trail strengthened my mind, body, and soul. Being in such a remote, secluded part of the world, immersed in raw nature, breathing in clean fresh mountain air, revisiting ancient sacred sites, all helped rekindle my connection to the Earth and the stars. We forget this living in concrete jungles, and it was long overdue that I remembered that Pachamama is everywhere, as she is a part of you, and we are a part of her. To feel the Earth, to truly feel her, is to feel yourself and to feel alive again. This was a day we lived a dream.

Returning to Miami, I didn’t realize just how wide my consciousness had expanded, and how challenging it would be to reintegrate myself back into society and the matrix.

Upon our return, I had a dream that we were back in the Peruvian cloud forest. There was a stone covered path leading to a peak, and a huge python came along, entrancing me. I was mesmerized and distracted from the fact the python had managed to coil itself around me and was strangling me. At this moment, my Angel came along and just the mere presence of his energy startled the python where it rapidly uncoiled itself and slithered away. I thanked my Angel, I couldn’t believe that I didn’t see what was happening until it was happening, but he had saved me.

I was told by our Shaman to pay attention to my dreams following this trip, so I knew this dream was a message to be careful of the energies in my life.

As the year progressed, the veil of deception was lifted revealing the true colors of all our friends in Miami. I was in complete denial at first, but my Angel played a key part in ensuring that these situations, as they uncoiled, didn’t take the best of me with them. I learned that one can close their eyes all they want to hideous truths, but it won’t ever stop the truth from being the truth.

All deep transformations from within that are worth undertaking come with great discomfort and pain. And often times there must be an upheaval in our lives to make space for new and better things to come. It was a disappointing and hurtful process, and we lost all of our friends here, but new and better things are coming to take their place.

I am now four months pregnant. And how serendipitous it is that our social foundation was completely uprooted, and in its place we have been bestowed the most magical honor of  assisting the universe in creating a new life.

Day by day I am learning that the spiritual transformation into a mother is a beautiful yet difficult path that comes with many discomforts and unexpected surprises. Surprises that are, often times, outside of ones control. I am learning now more than ever, that I may have one set of plans, but the universe and our baby have their own, and I must surrender myself to the miracle of life. And last but not least, the awful job I’m in finally has an end in sight. 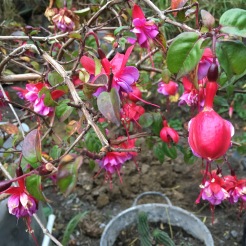 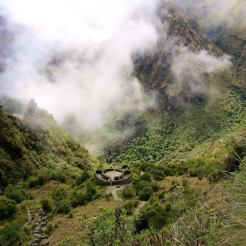 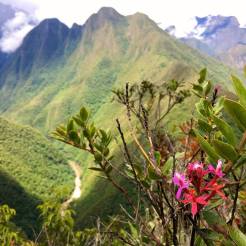 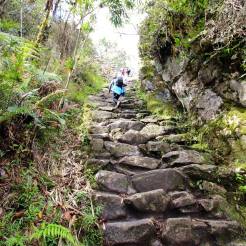 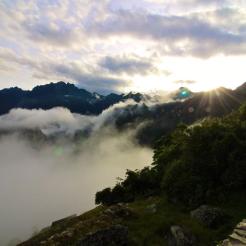 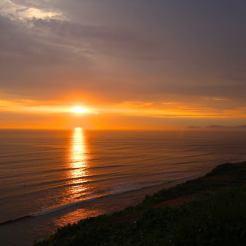 One thought on “The Inca Trail & San Pedro”